Only two weeks till my Tween Book Club (Page Turners) meets for the first time! I have finished my re-read of Gregor the Overlander by Suzanne Collins and enjoyed the quick read, though it really makes me want to re-read the whole series as the first book was so short. I’ve done my best to promote it, giving out the flyers to an entire school of 4th-8th graders, a homeschool writers group, posting the flyer in the Children’s area, and telling any kid I think is around that age about it. We shall see soon.

I’ve not been doing a whole lot of these kind (i.e. art lecture) of Kids Cafe because of the new system they want us to use (kids have to kill out membership forms once, but with our kid population being a bit odd -we don’t have a steady population since we’re the big downtown branch, we can have up to 15 new kids a time). It is useful I guess for statistical purposes, but is annoying because it takes so long to fill out the forms that by the time they hand them in and get their food, half the time has gone. Anyways, on to this week’s topic, Leonardo Da Vinci. I have been fascinated by Da Vinci ever since I took a class on Renaissance art while I was doing a study abroad there and got the opportunity to see the Da Vinci museum in Vinci (outside of Florence) and see some of his inventions, along with his beautiful original works in Florence and Rome. He was a genius in art, science, architecture and many other fields, so it was fun to share his genius with others. This is one of the best presentations in my opinion. It was rather hard to squish Leonardo’s life into eighteen slides, but I think the kids/adults got a good understanding of the man. I found out about his inventing robots after I did a DiscoveryTime (storytime + science for 3-5 yr olds) on the subject. I had a lot of fun with the activity, though it wasn’t my original choice.

I feel kind of glazed over today as I’m fighting a cold (yes you can get them in the summer, even in the desert apparently) and it’s been a rather long day. Aside from that, I have managed to get a fair amount of work done so far this week since Sunday, so I am pleased with that.

This Kids Cafe was pretty cool because I only knew the basics about Picasso, so I got to learn a lot as well. He does have the longest name of any historical figure (that I’m aware of at least). I knew he was the father, so to speak, of Cubism, but I didn’t really know anything about his other art periods. I also had no idea that he even did sculpture, collages or etchings. He had an amazingly large body of work. The kids had an interesting time with the Picasso-style portaits, and I did have a few takers for the Cubist guitars as well. 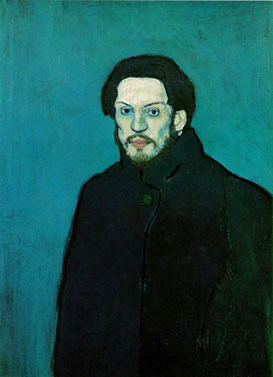 Below are my examples of both the Guitar and Picasso portrait. I liked the guitar better. I had some examples of Cubist facial features (found somewhere online, can’t remember exact source) as well laminated to help the kids decide what to use for the portraits, featured below my examples: 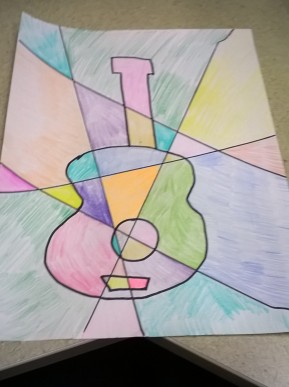 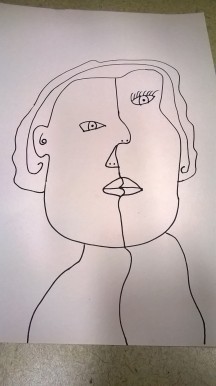 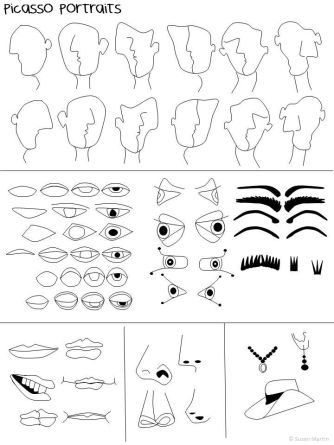 The Aventurera
The Loudmouth Librarian

the noisy, messy, unruly adventures of a Teen Services librarian

Engaging programs to keep kids coming back to the library

Fruit Loops in the Closet

my heart, mind & soul in words

A blog about being a young woman in a woman's world, full of imagination, prose, poetry, some sarcasm

Inspiration for parents, teachers and anyone who loves teaching art

Ali Does It Herself

Inspirational & creative ramblings of a self-confessed geek - Things I like, things I find and things I’m doing.

A community of readers

The Librarian Who Doesn't Say Shhh!

vulnerable thoughts on mental health, society, and life at large